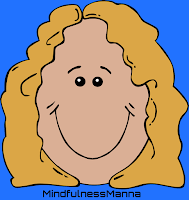 I had never considered Dry January before. I'm married to a European and daily sensible drinking has always been a part of our life. A glass of wine with a meal or an aperitif after dinner, mindfully enjoyed as a luxury (going out would almost always include social drinking). But lately, I have been feeling a little bored with alcohol.

We live in a village in Essex with a pretty restricted public transport system which requires us to drive every time we want to go somewhere. This meant that we had to work out who was driving that evening before we could plan anything. We had come back off  holiday and our daily drink with dinner had become a drink after work to "unwind" and signify the start of our free time meaning that an unexpected invitation out had to be refused as neither of us will ever drink and drive.

As Christmas approached the glass of something after work rolled into a glass with dinner and then a glass or two in the evening and before I knew it, I'm drinking 3 or 4 glasses of wine most days. But it's Christmas so I just kept ploughing on with the socialising and the drinking until the 3 glasses are now being followed by a pretty looking glass of gin or a shot of vodka. What's more, I'm not even getting a buzz as this has become a regular occurrence and my body has increased it's tolerance in this short time.

I know it's the festive season and a lot of us drink more at this time of year. I'm also aware that this is a choice and not an addiction. It's a habit, a subconscious action, a learned behaviour, but maybe I should be more mindful of the health implications and question why I am choosing to drink alcohol and not swap it out for a soft drink. The honest answer is because when alcohol is involved, we become less present moment aware and tend to just go with it. 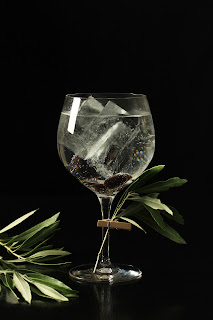 A very enjoyable Christmas passes and the new year looms. As usual, I like to take this time to reflect on the past year, my achievements, the things that I would like to change about myself and the plans that I have for the coming year. When it suddenly dawns on me that I am no longer mindfully drinking, it's just become something that we do. Dry January seems like a great idea and an opportunity for personal reflection.

As life would have it, the Norovirus joined my for New Year so alcohol was out of the question for the first few days anyway. As January rolled on, I realised that not drinking didn't actually make any difference to my life. I honestly didn't feel any different. I didn't feel any healthier, my thought processes were no different and my day to day living was jogging along as normal. Weekends didn't lose their shine because I wasn't drinking and not having a drink when we went out really didn't make any difference.

It's not that I won't ever drink again and I'm not now anti alcohol but what I am mindfully aware of is how easy it was to let habit dictate my lifestyle regardless of how mindfully I try to live.

Because alcohol is socially acceptable and freely available I had forgotten to question how it was adding to my experience of life.

It turns out that it wasn't really, so when the opportunity to drink arose over the month, I would check in with myself and ask "do I need a drink to improve this situation or experience?" the answer was always no as I am aware that it doesn't relax me - meditation or yoga and mindful awareness does that.

The question that I am now mindfully asking is "how will having a drink alter my experience and is that something I am happy to allow in this present moment?

If I do decide to have a drink, I want to take the time to savour the taste, and be completely aware of the changes that it makes to my perception of the moment. To make sure that it is the drinking of alcohol that is the focus and enjoyment of the present moment rather than drinking being an accessory to another activity. 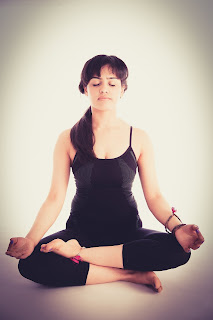 If you would like to drink less or think that your relationship with alcohol has become unhealthy, advice and support can be found here:

Posted by MindfulnessManna at 5:38 AM

Hi Thanks for reading my blog. I look forward to reading your comments:

MindfulnessManna
Hi. I'm Mindfulness Manna and here at Simply be retreats and therapies, I'm all about improving wellbeing, learning to live mindfully, embracing meditation as a daily practice and consciously creating the life that we want. I love to learn and share what I know through the blog, workshops, taster days, groups, classes,corporate events and retreats and discussions. I'd love to hear from you so please leave a comment, send me a message or come along to one of my events say hi :-)